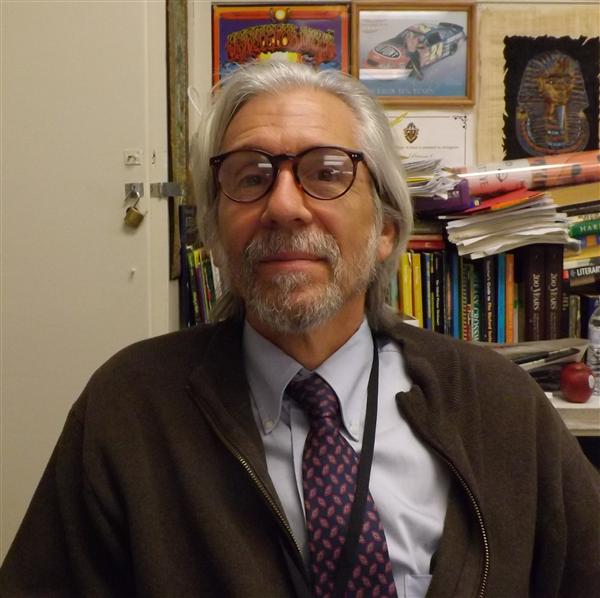 Mr. Steven Patnaude is an English teacher who has been at Irmo High since 2006. He grew up in Middletown, Connecticut and lived in New York City from 1985 until 2001. Upon his arrival to Columbia, S.C., Mr. Patnaude, a skilled carpenter, painter, and building contractor, decided to pursue a career in education. After receiving his teaching credentials from USC in 2006, Mr "P" (as he affectionately known) was hired by Principal Eddie Walker to begin his teaching career at Irmo High. Mr. P. currently lives in Columbia with his wife, Betsy Newman, and pets, Bunnie (dog), Winnie (dog), and El Bin (cat). Mr. P.'s main interest outside of his teaching life, is music - he is a professional guitarist who plays in various musical groups throughout the southeast.