We aRe Chapin! Ready, Responsible and Respectful! 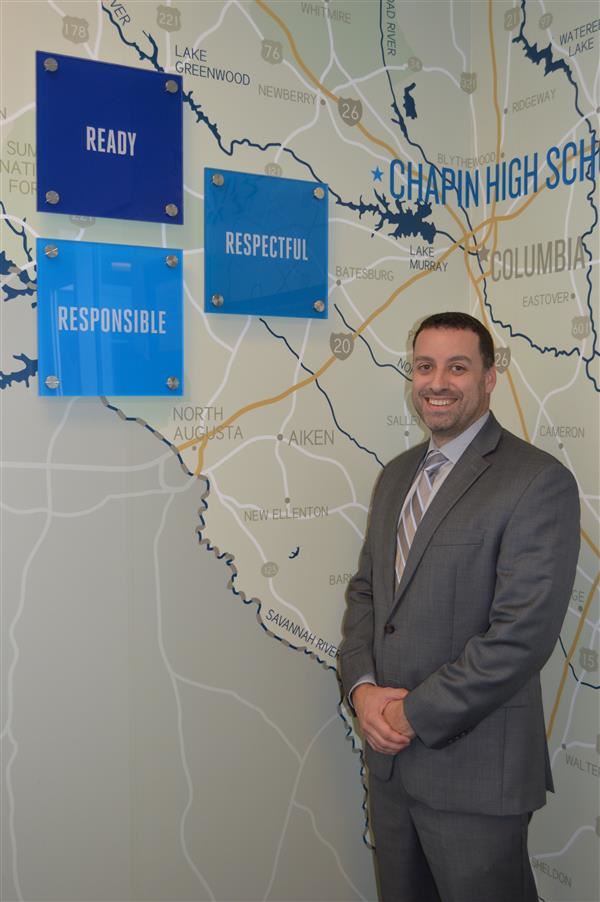 On behalf of the faculty and staff, I have the honor and privilege of welcoming you to Chapin High School, home of the Eagles.  We are proud of our school and its 94 year tradition of excellence. Our goal is to produce students who are exceptional problem solvers and contributors to a global society - students who are Ready, Responsible, and Respectful - prepared to continue their journeys beyond the halls of our school. The key to our success is the dedication and hard work of students, teachers, staff, parents, business partners and community members.

Chapin High School excels academically and has been recognized both at the state level (#4 open enrollment school in South Carolina) and nationally by US News and World Report.  In 2014-2015, we were voted Palmetto’s Finest by SCASA for offering excellent instruction and outstanding leadership, augmented by strong family and community involvement and a supportive business community.  Last year, our students were offered over 53 million dollars in potential scholarship money, with 82% of our students receiving state scholarship money. Thirty one students received the prestigious Palmetto Fellows, with four students earning a National Merit Scholarship.

Our Fine Arts programs are no exception to excellence. The Pride of the Midlands Marching Band is the reigning State Champion, its FOURTH state championship in the last 6 years under the direction of Mr. Kevin Herbert, and Lower State Champion 7 out of the last 8 years.  Our Orchestra and Chorus both received Superior ratings for two consecutive years, while our dance team is the reigning EDA National Champion.

Athletically, Chapin High School finished ranked number three in the state 4A classification. Student athletes earned three State championships: one in cheer, one in boys soccer and one in baseball, along with two state runner up finishes in wrestling and girls lacrosse. There were two individual state championships, eight region championships, sixty four all region selections, three region players of the year, fourteen all state selections, three 4A players of the year, eight region coaches of the year and one 4A coach of the year.  In total, Chapin High School has collected 51 State titles.

We are moving to 5A for the 2018-19 school year, and look forward to the new and exciting challenges this will bring. The possibilities at Chapin High are endless. Thank you for being part of the Eagle family as we begin the next chapter in our journey of excellence.

We are One Heartbeat!