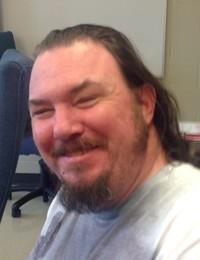 Clark Liles is the middle school Language Arts teacher at the Academy For Success.  He would like you to know a little more about himself and that he is more than just your child’s teacher.

Mr. Liles was born here in Columbia, South Carolina and is a product of Lexington Richland School District Five having attended Seven Oaks Middle School, Irmo Middle School, and graduated from Irmo High School in 1992.  Having spent his entire life in South Carolina, he chose to live and attend school in Alabama at Auburn University (War Eagle!).

He admits that it took him a while to decide on a major and bounced around various majors including veterinary medicine and computer science, but his love for history and reading would not be ignored and he finally found a major where he was happy in Secondary Education:  History and English.  During his college years he worked in one of Auburn University’s cafeterias starting off as a dishwasher, and eventually moving up to busboy, server, cook, and eventually student manager.  On his summers off he returned home where he worked as a soda jerk at the Pine Island Country Club, and briefly took a second job at Jimmy’s Grill, which has changed names and owners since his time there.

He stayed in Auburn the summer after graduation in 1999 to work with a summer camp run by the middle school where he completed his student teaching.  When he returned to Columbia, unable to find a teaching job in his preferred school districts, he became a substitute teacher for Lexington School District One and Lexington Richland School District 5.

During his time as a teacher for the Academy, he also met and married his wife who has become a substitute teacher for the district.  They have 5 wonderful children: a seventh and a sixth grader attending Chapin Middle School and a fifth grader, a fourth grader, and a second grader attending Chapin Elementary School.  They live on a small animal farm in Prosperity, South Carolina.