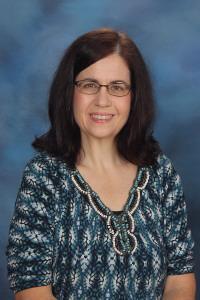 Born into a musical family, Dr. Roberts' birth announcement listed her as a first soprano.  She is eternally grateful that her father did NOT name her "Melody."  For many years she wanted to be a wildlife conversationalist or a journalist but by tenth grade she had decided that she wanted to sing classical music and attend Converse College.  After graduating Dreher High School she did attend Converse as a Milliken Scholar.  There she received a Bachelor of Music Degree with certificates in both Music Education and Voice Performance.  She then attended Florida State University where she received a Masters of Music degree in voice.  She went on to the University of South Carolina and received a Doctor of Musical Arts degree also in voice.  She has a level one certification in Kodaly and Orff Music Education and is a 20 year certified National Board Teacher.  Dr. Roberts married David Gregory "Greg" Crump in July of 2019 and moved to the lake.  She no longer has farm animals but loves to feed the fish!  She will use "Dr. Roberts" at school and is known as "Dr. Roberts-Crump" socially and at Lake Murray Presbyterian Church where she is Director of Music.